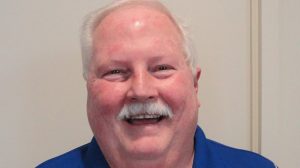 He went in to have a Double Knee Replacement which was ultimately successful, but immediately after this surgery doctors discovered a serious heart blockage. Dan subsequently underwent triple-bypass open heart surgery!

Thanks to your prayers both surgeries went well and Dan is in a rehab facility getting therapy that literally puts him back on his feet! His outlook is extraordinarily positive and he is eager to get back to work!